Do you feel strange with the word “overpressure”? What comes first to your mind
when the word come out? Layman might think when the loads keep coming and
keep piling up, that’s when you start to feel depressed. And when the pressure is
getting piled up, that’s when the ” overpressure ” comes.

Well, overpressure which will be discussed here is kind of different overpressure.
On March 5, 2014, AAPG SC ITB proudly held a discussion paper with one
geopressure expert in Indonesia, Mr . Agus M. Ramdhan, S.T., M.T. He is also a
lecturer at ITB. The covered paper titled “Overpressure and Mudrock Compaction in
the Lower Kutai Basin, Indonesia : A Radical Reappraisal.”

The Lower Kutai Basin is a basin located on the eastern coast of Kalimantan,
Indonesia. This is the underlying Tertiary sedimentary basin of the area around the
Mahakam Delta. Based on analysis overpressuring, previous workers agreed that
the principal mechanism of overpressure generation is disequilibrium compaction,
but the sonic and resistivity logs in several fields display reversals at a transition
zone into high overpressure, indicating that overpressure is generated by unloading
processes . 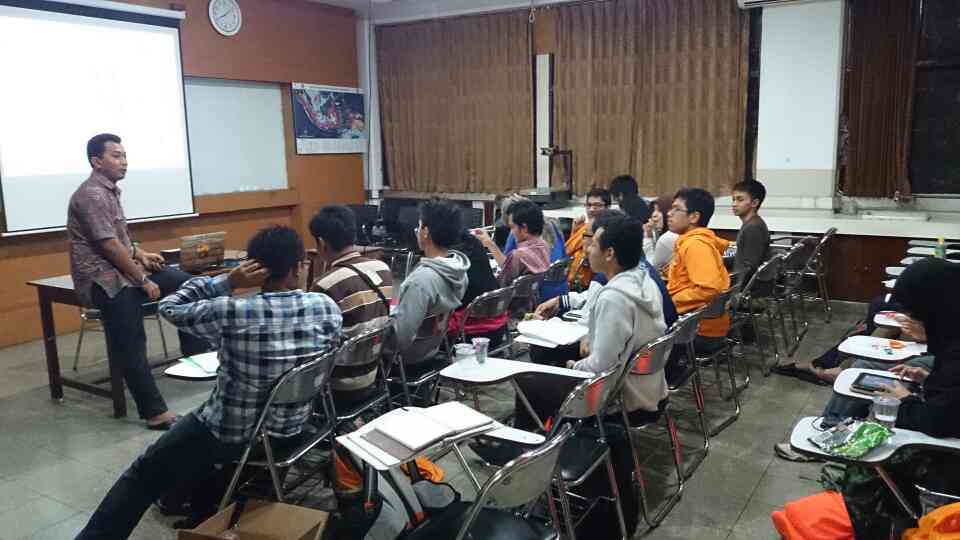 This paper is one of a very great paper because it can refute the previous theories
which state that the overpressure that occurs in the Lower Kutai Basin is caused by
disequilibrium compaction, whereas by the unloading process. At the question
session, one member of the AAPG SC ITB asked Mr. Agus how can he has an idea
to disprove the theories that has exist before, and then he answered wisely that what
we need to have is the courage to criticize things that have exist and find out what
actually happens. He said that scientists criticize and argue with each other to
innovate by creating lots of paper. The results of his paper will provide benefits to
many parties. So, do not be shy to criticize, do not be embarrassed to find out, and
do not stop to innovate.